Master certification for practitioners, mental health professionals, energy healers, massage therapists and for those looking for self-mastery and sacred awakening!

If you want to learn the latest in brain science, trauma healing, adult attachment theory, and somatic approaches while also discovering how to access the sacred and spiritual magic of spiritual awakening and hands on energy healing, then this is the certification for you! Come learn this powerful integrative coaching certification that combines the skills of energy healers, somatic trauma specalists, adult attachment experts, and meditators.

Myriam, MA, LPCC What Carolyn teaches is a powerful application of ancient and modern wisdom. Her work integrates some of the most effective technologies for personal growth and spiritual awakening that we have available today. As a student in her course, I unraveled some of the deep blocks and traumas that have been running my life, and learned new ways of living from joy, abundance, and wholeness -- and learned the skills to help others do the same. I highly recommend Carolyn and her trainings.

During this 12 month transformational certification, you are in class only one weekend a month (2.5 days), while having full access to an impactful step by step online curriculum that you can enjoy from the comfort of home

"A year later, I realize I’m not the same person I used to be at all. It’s hard to remember that only a year ago, I was identified with my pain, my personality, and I really didn’t know who I was at all, although I thought I did. Now, I’ve become the person I’ve always dreamed I could become.” 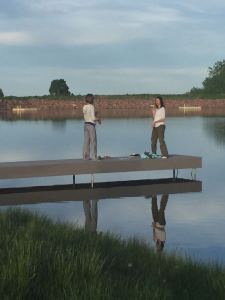 What Carolyn teaches is a powerful application of ancient and modern wisdom. Her work integrates some of the most effective technologies for personal growth and spiritual awakening that we have available today. As a student in her course, I unraveled some of the deep blocks and traumas that have been running my life, and learned new ways of living from joy, abundance, and wholeness — and learned the skills to help others do the same. I highly recommend Carolyn and her trainings.

Take your life and work to the next level!

Let Me Introduce You to Angela.

Angela is a yoga teacher, Hakomi practitioner, is trained in prenatal birth trauma work and has been a Buddhist meditator for the past decade. She confessed to me that she couldn’t seem to create positive long-term intimate relationships.

Her last, and longest 5-year relationship ended in her being abused by her partner. In her energy field, I could clearly assess deep unresolved anger concerning her father’s molestation attempts when she was just 10 years old.

Yet when I suggested she might benefit from exploring her anger, she responded by exclaiming there was no anger to be found. Since I had read deep anger in her field, I could tell it was the primary reason she felt stuck, so I pressed on. She confessed, she ran over her boyfriend’s foot with her car earlier that same day.

You see, as you learn to assess the energy of the deepest trauma holding your client back, you can avoid being an unwilling co-dependent supporter and gently guide your client through their inner pitfalls so they can heal their inner saboteur.

Over time, Angela realized what was going on and is now amazingly skilled at tracking her own energy field, finding the lower vibrational consciousness holding her back, and transforming it into wisdom, wholeness, and positive creation.

Anger is no longer an emotion that overwhelms her, and she can easily feel it in a manner that fosters healing. Two years later she is now married to the man of her dreams. As a therapist, she now "read’s" her clients, and is very skillful at helping them heal their trauma as well!

"I felt guided to join the Mind Energy Body Certification program out of a deep desire to hone my healing gifts, and to utilize them in my spiritually-based career. What a life-altering, powerfully transformative journey it was! Before I found myself dis-empowered and collapsing into pain and old patterns, now I have tools to assist me in deepening my connection to my authentic essence; my Core Being. Thanks to this AMAZING program!”

"This was a huge shift for me, one that I knew was important yet had never been addressed in all the past trainings I had done. The Me-B training allowed me to integrate all that I had learned while deepening my work both personally and professionally. It has given me tools to help shift deep emotional pain and suffering while learning how to stay deeply connected to my divinity and innate wholeness. The ability to work on all three levels: the mind, energy, and body has profoundly transformed my view of my personal and professional life. Carolyn is extremely talented and provides a training atmosphere filled with love, acceptance, safety, and laughter.”